In 2018, I decided to try out Swift and iOS development. I spent a few weeks experimenting with various Xcode features and wrote some basic code. Eventually I came up with a simple puzzle game which I named Lineball Puzzle.

The objective of the game is quite simple: You have to guide a ball from the starting position to the finishing position by drawing a single line on the screen. The ball cannot go through your line, but can travel along it, and the ball only gains momentum from gravity so you have to draw slopes and drops in order for the ball to move.

I uploaded a video showing some of the gameplay to Twitter.

Since this was just a quick test to learn about various iOS development aspects, I won't be maintaining it. It has since been removed from the App Store. 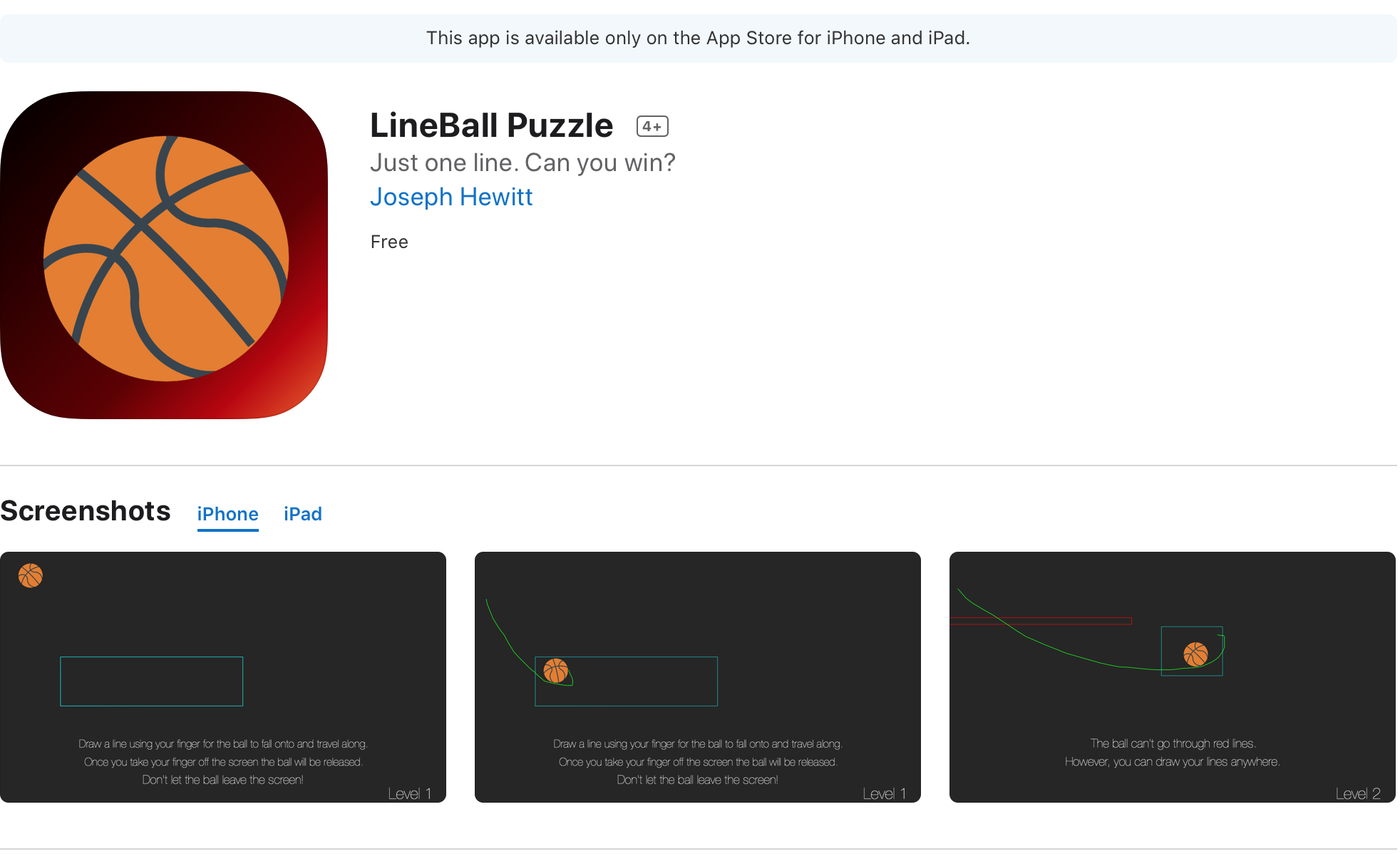