IoTPlotter.com is a website I started developing in February 2017 and it was publicly available for use at the end of March 2017. IoTPlotter is a website which graphs any numerical data which you send to it but is primarily designed for IoT sensor data such as temperature, humidity, etc.

Why another IoT service?

I have set up a large amount of sensors all around the house and needed somewhere to send the data (about 2 million data points per week). I'm not aware of any services which handle that kind of data for free, and I realised I could make and host my own service for the same price (or cheaper) than commercial services.

In addition, I have also had some negative experiences with similar services in the past. For example, I used a service for multiple years who gave me just 2 weeks of notice to get my data out when they shut down abruptly. Their API was too slow to get all of my data out in time and I lost about 70% of the data I ever sent there.

IoTPlotter is in beta and still in active development; I don't spend a large amount of time on development which is why the beta period has lasted so long. I send my sensor data to IoTPlotter exclusively because I am confident it is stable enough to handle it with minimal risk to the data. The reason the service is still considered beta is due to missing “nice to have” features.

In addition, the whole website lacks “polish” and isn't particularly attractive. Right now, the biggest priority is speeding up graphing of historical data. The IoTPlotter servers don't modify incoming data which means when graphing multiple months of data, there could potentially be millions of data points which is very difficult to graph quickly. I am working on a feature which will “thin” old data to speed up graphing of large time periods; the original unmodified data will also be accessible if needed.

A “feed” in IoTPlotter terminology is a page which contains one or more graphs. When publishing data, the feed is the destination.

Here are 2 of my public feeds which allow you to see IoTPlotter in use:

The IoTPlotter homepage (when not logged in) will also show links to some public feeds. 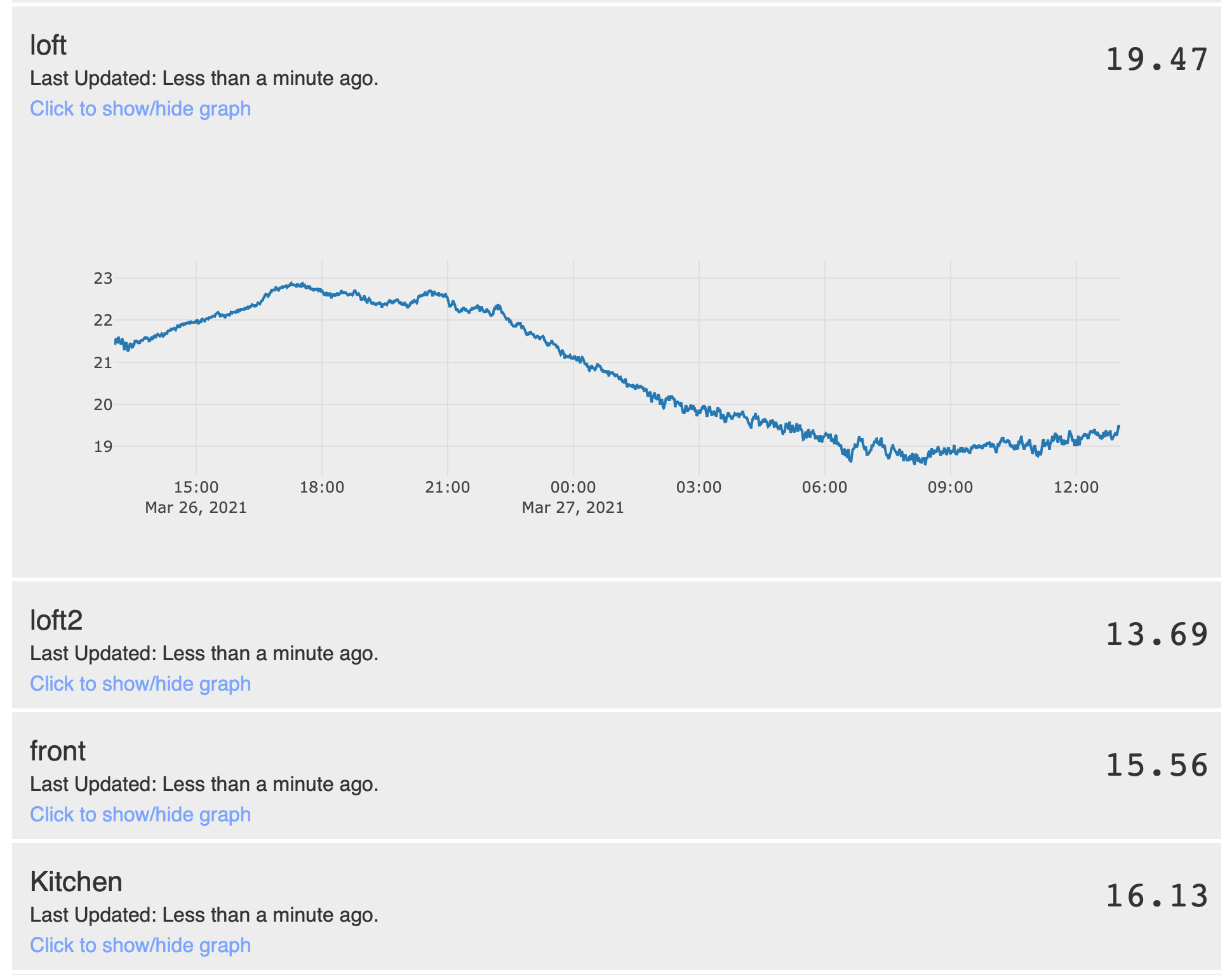 This screenshot shows the data from 4 different temperature sensors with the graph open for one of them.