In April 2021, I created some software which could represent any location on Earth in just 5 words. The source code is now available on GitHub under the MIT License. I originally created this software as a programming challenge but decided to make it open source so other developers could use it for bigger projects.

Each set of 5 words can identify a unique 123 square metre (1326 square feet) area. This means that there is enough precision to uniquely identify 58 different locations within a 105x68m football pitch.

With just the first 2 words alone, an area of 123 square kilometres can be determined. This is a very large area but it allows the user to identify which country (and often which city) the destination is in. This is a huge advantage over competing software which can't show any location if a word is missing.

The fifth word generated by this software is used entirely as a checksum to ensure none of the previous 4 words were entered incorrectly. This means that the 5th word can actually be omitted if you don't care about verifying the accuracy of the data.

5WL uses a simple word list to generate a sequence of 5 words. It is trivial to edit this list in any way. For example, the list can be replaced with any non-English words to make the software accessible to more people.

A few days after releasing the original software, I created a web interface which allows 5WordLocation to be used interactively on a map. This interface has since been taken offline.

Here is a screenshot of the web interface being used to look up the words “cent limit musical choice grant” which has the coordinates 40.6893, -74.0445 (The Statue of Liberty) 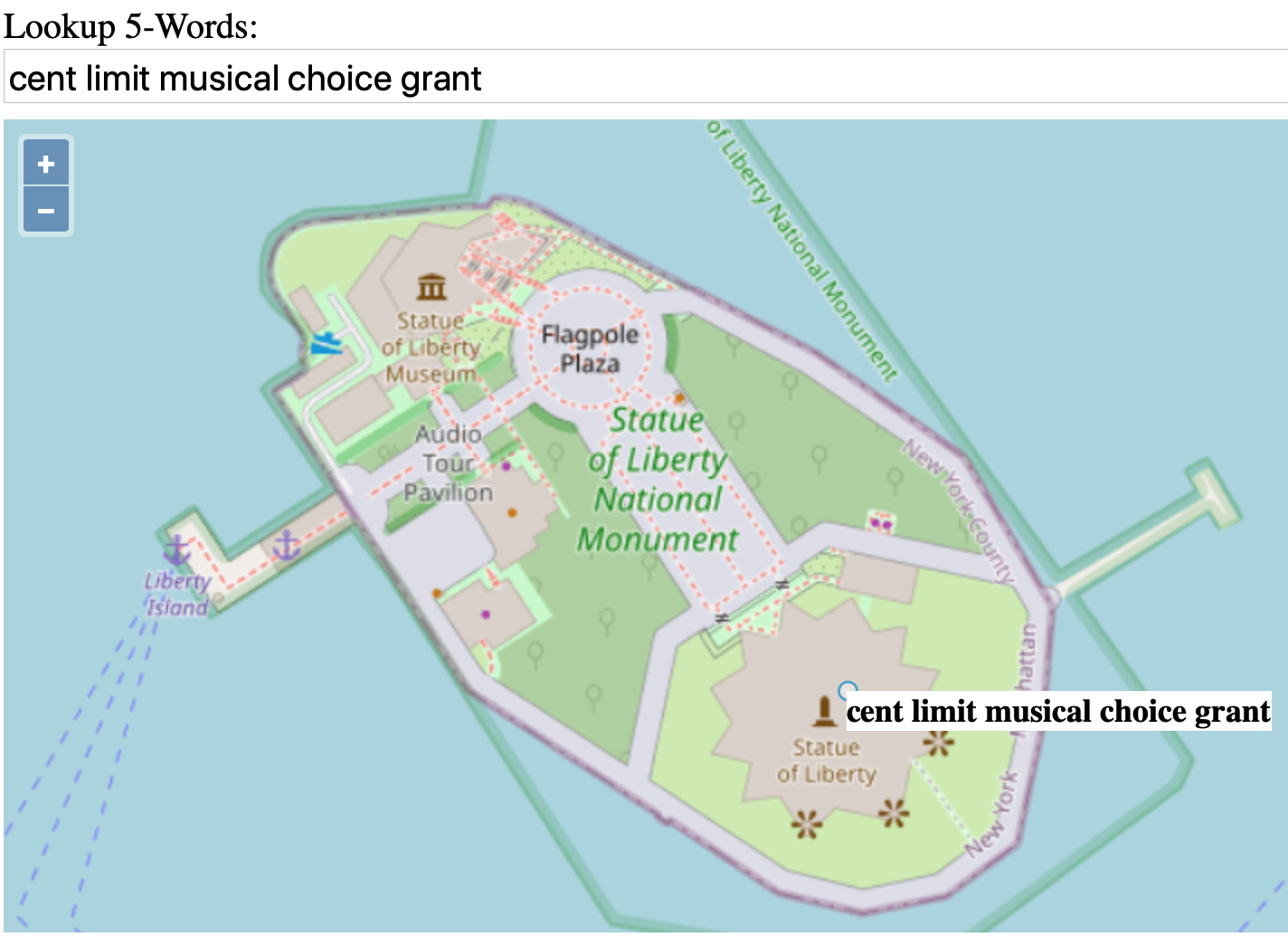 The main Python script in the repository prints some locations as an example when executed directly, as shown below: